I’m writing in English as my Czech is not good enough. I am writing about Alice  773917693 (see attachment). In case someone is interested in her. I have been to her place a number of times, so something must have been satisfying. In terms of her photos…they are completely fake…not even close. She is not slim but I wouldn’t say fat. She is a very nice Czech middle aged woman…talkative, intelligent and is very sweet and welcoming. While she isn’t my cup of tea physically, she is just nice to be with…and she will look after you well. We have many discussions and that makes things more than just physical pleasure. She is open to pretty much everything and is very attentive. I find most of the reviews here on this site rather simplistic. I won’t go into details about „The Act“ but she certainly is up for most anything from a traditional side of things IMO. She gives very nice Oral and handjobs, nice massage and Sex I cant really comment on it as we have only done it a couple times as I’m not really into that in a situation like this…and for me sex with a condom is not something I enjoy…I can get that elsewhere. Most photos and ads I see are fake from my experience…I don’t expect it to be different… but in the Case of Alice I am fine with that…it developed into something nice. I definitely recommend her. 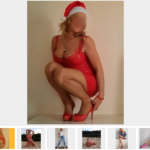